74 photos
Jim and I make a great team as we create these albums, I do the photography and processing and he researches and develops the labels. Full disclosure, this trip he took some images in areas that were difficult for me to reach. But we have decided to keep this format, since it has worked so well in the past.
We flew into Glasgow the day before, arriving in the morning during a torrential shower. Attempting to stay awake through the day to start getting over jet-lag we ventured out to an area of Glasgow that was close to our hotel.
Day One of our Walking Awake Pilgrimage, we meet up in Glasgow with our two guides - Denise and Nick - and our three fellow travelers to drive across the wilds of Northwest Scotland to Oban, on the Scottish West Coast. The next morning we take the ferry to the Island of Mull, drive across Mull and then the final ferry to Iona!!

Close up of the fountain in Fountain Gardens, Paisley, Scotland. Note the 2 small fountains from the walrus nostril area. 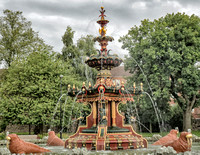 In front of the 1896 Robert Burns statue in Fountain Park, Paisley, Scotland. We were enjoying wearing jackets! 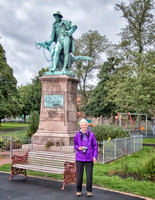 Jim in front of the 1896 Robert Burns statue in Fountain Park, Paisley, Scotland. The cold and drizzle felt good after being confined to three different airplanes to get here! 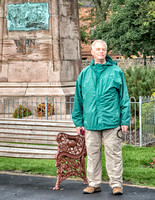 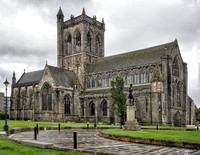 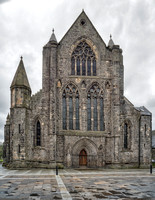 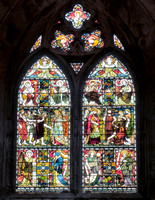 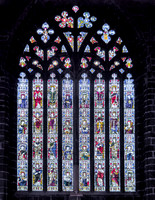 The 19th Century Victorian Paisley Town Hall across from the west entrance to Paisley Abbey. 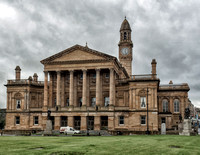 The trip begins. An old one lane bridge leading into Inveraray, Scotland from the North on the Old Military Road and the 1748 decorative watchtower on the summit of Dun na Cuaiche. 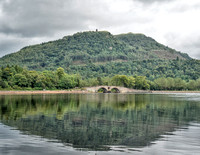 Main street in Inveraray, Scotland where we stopped for a rest break.

All Saints Church Belltower standing on land given by the 8th Duke of Argyll for his Anglican wife, Duchess Amelia dates from 1886. Inveraray, Scotland. 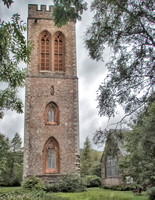 Closeup of the 1748 decorative watchtower on the summit of Dun na Cuaiche overlooking Inveraray, Scotland. 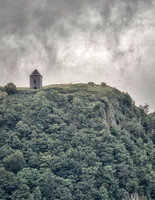 Looking northeast across the Loch Fyne at Inveraray, Scotland.

Looking west at Dunadd, (Scottish Gaelic Dùn Ad, 'fort on the [River] Add') which is an Iron Age and later hillfort near Kilmartin, Scotland.

Interesting wildflower display near the parking area at Dunadd near Kilmartin, Scotland. 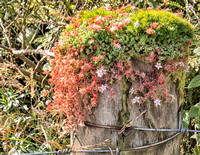 Looking west up the main path to the summit of Dunadd. 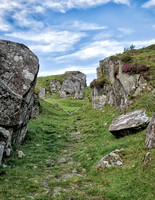 Stone covered well near the summit of Dunadd. 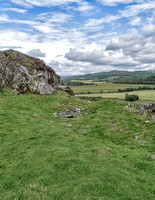 Rock near the summit of Dunadd. The oval depression (left > right just left of center of the rock) is said by some to be a carved footprint associated with the crowning of kings. 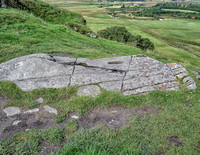 Looking east from the top of Dunadd. A small bit of intact fort wall may be seen on the left side of the image.